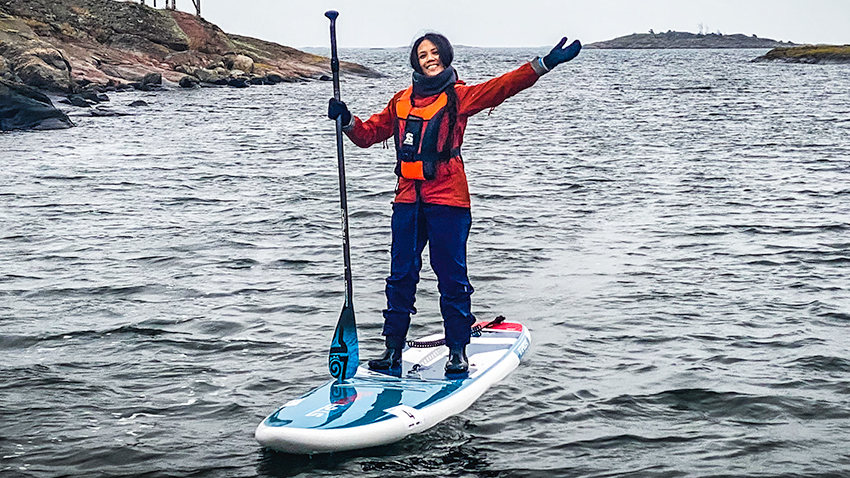 I created YBC Dispatch, a weekly hybrid-blog that features articles on tourism’s current situation, guest bloggers, and anything that will provoke imagination, curiosity, and advocacy for issues we hold near and dear to our hearts. Starting with Women’s History Month being an important time of the year for us, the history of what the company name represents is a good jumping point for the inaugural release.

During my fifteen years owning insurance brokerages and risk management firms, two of them bore my given name – Dianne. When it came time to figuring out what to call my new adventure travel company, the choice was clear. The name had to embody who I am now and not who I had to be then. 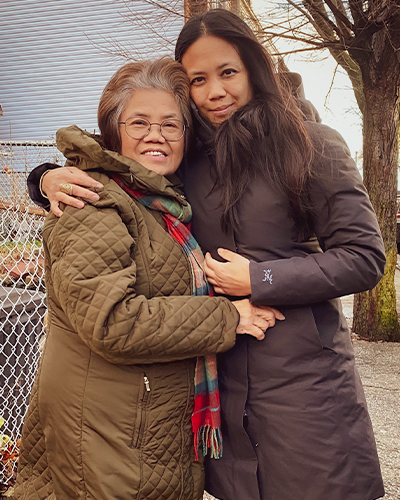 Like many immigrants coming from impoverished conditions and starting over in a new country, my mother was on a mission to make education and gaining a respectable profession as top priorities. As much I want to say that I enjoyed the white-collar years, I did not wholeheartedly identify with them to my core. Packaged in fitted suits, pretty clothes, and a big city lifestyle was the soul of a scraggly little girl with scraped knees and fingers who used to love playing for hours in the dirt. My tiny mother’s voice wafted into the soft folds of childhood memories. Her heavily accented “Yahn!” shrilled like a megaphone from afar when I scurried away from earshot. She had a quick tongue like 99% of Filipina mothers and chopped off the first part of my name to make room for a slew of colorful Tagalog remarks that bewildered our American neighbors. The Filipinos who were present snickered and swore that the almighty Jesus H. Christ was going to appear like a heavenly superhero, thunderously proclaiming, “Repent or be condemned to purgatory!” Religious Filipinos deployed a repertoire of scare tactics to exorcise any chance of tomfoolery with us kids. This fed my older sister’s grand desire to torture me with the ancient ritual of sibling hazing. In turn, she blossomed into the most annoying human on earth. I love her to pieces now but, man oh man, she was the arc angel incarnate during our childhood years.

The jeering by my loving sister and the neighborhood kids drove me up the wall. They totally knew it and relished torturing me until I was in tears. Eventually, the constant battle to stop them became utterly hopeless. I am not sure how it happened but over the last four decades the nickname that once sounded like a cat in heat became an endearing badge of love used only by those closest to me. Even the spelling evolved to Yahnny from Yanni (yes, the Greek musician and a key ingredient that fanned the fire). The h emphasized my mother’s Filipino a which sounded more like an exasperated ah.

Pet names are a persistent remnant of childhood, a reminder that life is not always so serious, so formal, so complicated. They are a reminder, too, that one is not all things to all people.

In 2015, I decided to re-ignite my teenage love affair with photography as a side-gig. It opened doors to travel the world while juggling my risk management and insurance firm and flourishing athletic career. The Yahnny in me knew that it was time to evolve and jumped on an opportunity to accept a management position in Hawai‛i. This catalyzed the evolution into the life that I have now.

The name had to embody who I am now and not who I had to be then.

For all things official like a passport and taxes, Dianne remains. However, if I am not fond of you, introducing myself as Dianne means only one thing – we are not off to a good start. To the rest of the world, Yahnny prevails, but who exactly is Bly? 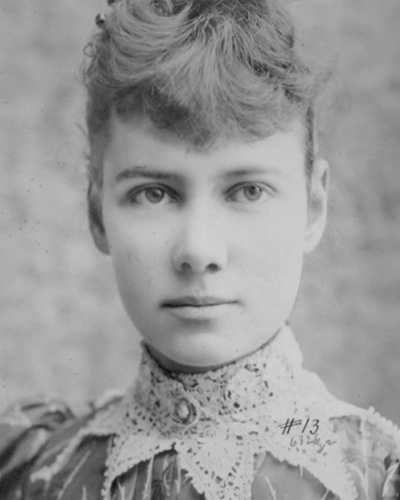 Throughout history female writers chose male pen names mostly due to patriarchy. This was not the case with Elizabeth Cochrane Seaman who was born on May 05, 1864. Not only did she shatter the mold by choosing a female pen name, but it was also an African American character from the song Nelly Bly by Stephen Foster. Nellie’s first article, The Girl Puzzle, was published in Pittsburgh Dispatch on January 25, 1885 which was about how divorce affected women and argued for the reformation of divorce laws. When she submitted her pen name, they incorrectly spelled it as Nellie Bly. Just like the spelling for Yahnny, it stuck.

[Nellie Bly] was an American journalist, industrialist, inventor, and charity worker who was widely known for her record-breaking trip around the world in seventy-two days, in emulation of Jules Verne’s fictional character Phileas Fogg, and an exposé in which she worked undercover to report on a mental institution from within. She was a pioneer in her field and launched a new kind of investigative journalism.

Nellie Bly’s investigative journalism during her tenure at Pittsburgh Dispatch exposed the deplorable conditions for women factory workers. At the young age of twenty-one, she traveled to Mexico as a foreign correspondent and was threatened with arrest by the government when they caught wind of her dispatches. One of the reports exposed the unfair imprisonment of a local journalist who criticized dictator Porfirio Diaz. Her dispatches were later published as a book Six Months in Mexico. Despite her accomplishments as an investigative journalist, she was forced to write about fashion, society, and gardening. Prompted by her dissatisfaction, she left for broke when she moved to New York City where she would eventually accept an undercover assignment with Joseph Pulitzer’s newspaper New York World which revealed the brutality and neglect at the Women’s Lunatic Asylum. To be committed, Bly stayed awake for nights to induce a crazed appearance and feigned insanity. Her report was later published as a book Ten Days in a Mad-House and prompted the asylum to implement reforms. Once a penniless journalist in New York City, she had gained notoriety as the founder of stunt or detective reporting. Eventually, stunt girls emulated Bly to go undercover and inspired more women into mainstream journalism during the twentieth century.

In 1890, Bly became the first woman to circumnavigate the world in seventy-two days and traveled solo most of the time, an unheard of act during an era when women were expected to be accompanied by a chauffeur.

After marriage, Bly became one of America’s leading industrialists. She acquired patents for a novel milk can and stacking garbage can but employee corruption with her deceased husband’s company drove it to bankruptcy. She found herself returning to journalism and became the first American female war reporter and one of the first foreign correspondents in a war zone between Serbia and Austria during World War I.

In 1987, Congress declared March as Women’s History Month in America and every year has a theme. For 2021, it is Valiant Women of the Vote: Refusing to Be Silenced.

Bly wrote an article Suffragists Are Men’s Superiors that covered the Women Suffrage Procession of 1913 for New York Evening Journal. In its text she predicted that in 1920 American women would be given the right to vote.

Adding Bly to the company’s name made sense in every way. Yahnny Bly & Co. represents not only who I am but who you are – adventurous, intrepid, curious, passionate – shattering the mold. 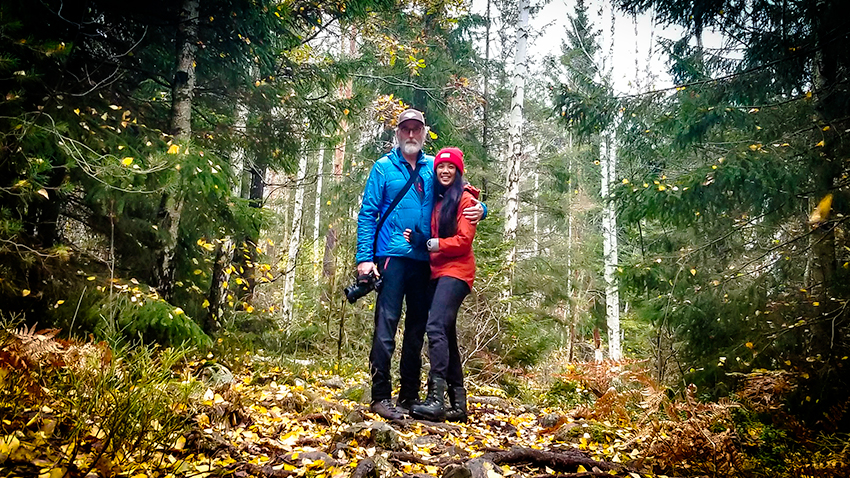 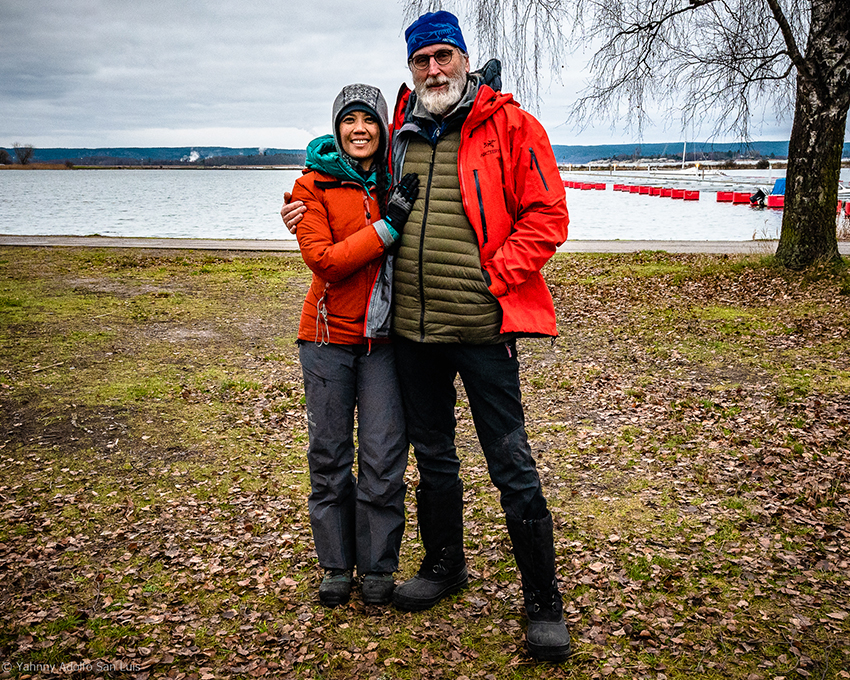 Let us fast forward to the other side of the world where I am currently residing and working in Sweden with my partner. The journey has been sprinkled with twists and turns but so were the lives of all the women who have disrupted the norms of society, science, pop culture, industries, and the complex yet glorious reality of being a woman. 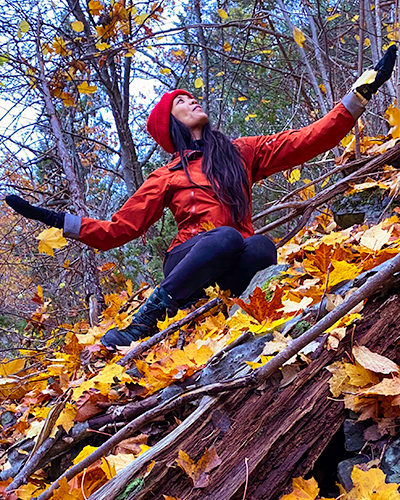 What are we doing to celebrate this month? For starters, we have finally launched YBC Dispatch and will dedicate posts this month to women whose legacies have become an intrinsic part of our lives.

Women of the world want and deserve an equal future free from stigma, stereotypes and violence; a future that’s sustainable, peaceful, with equal rights and opportunities for all. To get us there, the world needs women at every table where decisions are being made.

March 08, 2021 will be International Women’s Day. The theme for this year is Women in leadership: Achieving an equal future in a COVID-19 world which celebrates the tremendous efforts by women and girls around the world in shaping a more equal future and recovery from the COVID-19 pandemic. Now more than ever, we can do more to help each other thrive in this challenging environment. You are not alone, and women are what make the world go 'round. 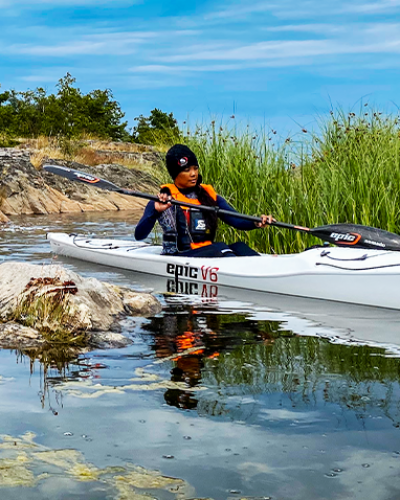 Tomorrow Is A Gift That We Earn Today: Mini Goals for The Win 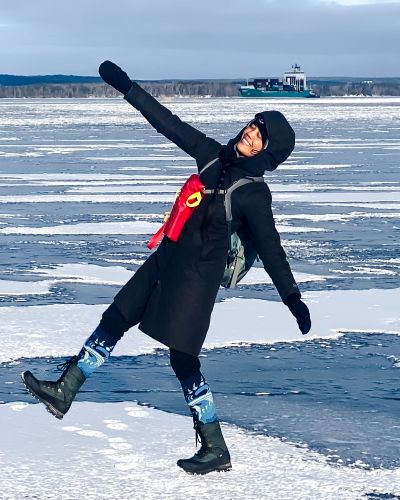 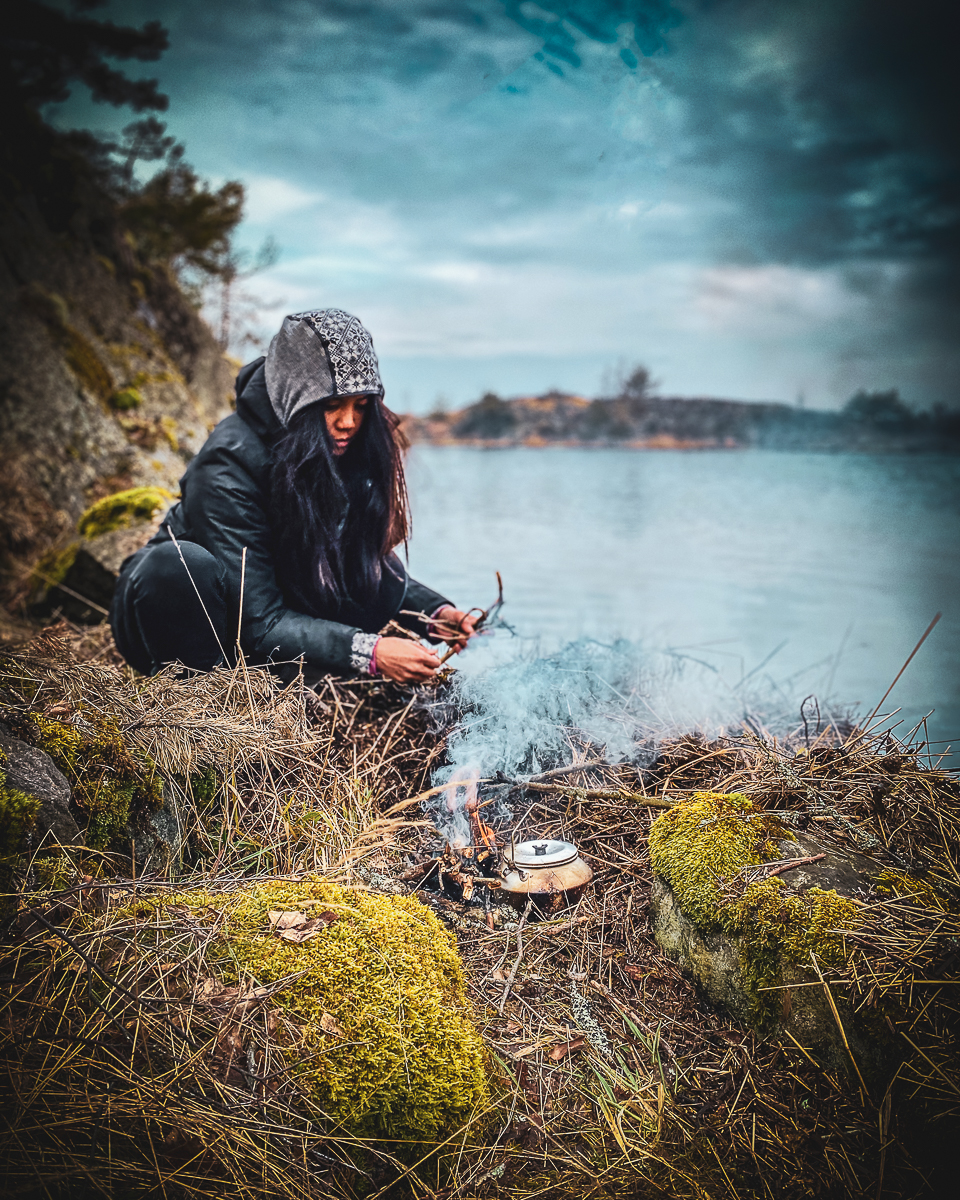 BE THE FIRST TO KNOW

Stay up-to-date with our newsletter 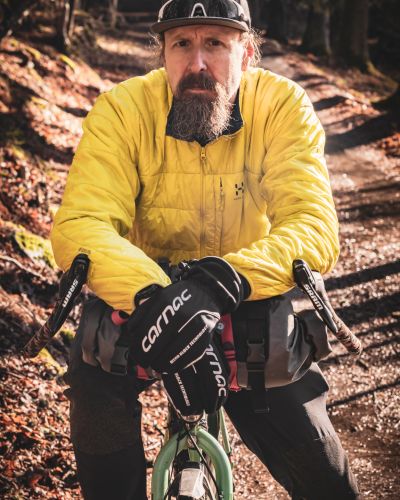 Bikepacking in Sweden: Magnus Lagher, founder of Velonavia, talks about life after his accident, bikepacking trips and gravel biking 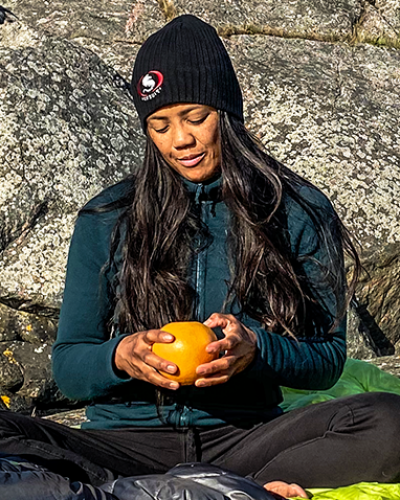 43 Mindful Ways to Fulfillment: Bonus list of books and podcasts to add to your collection 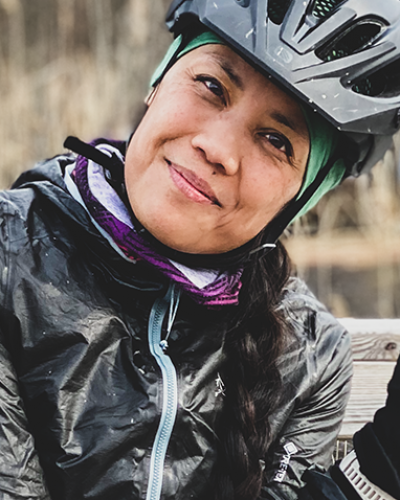 Cracking Catastrophic Thinking: What Will It Take to Push Past The Noise in Your Head